Inspiration can come from a dream, a word or landscape. In our islands, it takes the color of light and universal benefits that these artists are the photographers. Thierry Dehove is these teachers who offer sharing of samples of beauty on screen or glossy paper. Encounter with a traveler with a big heart who chose to Anguilla homeland.

The photo can be a priest when he devotes each of our eyes and all our emotions. Thierry Dehove sees much more than technical and artistic ritual. Because the picture is a form of redemption for this ancient art director Parisian plate for a while 2002 world tour that would satisfy his passion for sports: kitesurfing. He then wanders into the wind on the most beautiful places in the world swoon before breaking off the island of Anguilla. She became his home base. Whoever said “image maker” sees itself primarily as a technician, but admits, however, operate “primarily with the heart and emotion.” Soul of an artist that refuses to claim, even though his peers have already recognized as an emeritus member of the seraglio.

When a seasoned art director landed on the island of Anguilla, it is obviously subject to work in networks of local publication. The first collaboration of Thierry Dehove have gravitated naturally to the prestigious magazines that flower in the corner, Imagine, Dream and other Anguilla Discover. Then his path crosses that of the photographer Claude Ingargiola, who was a valuable partner to collaborate in the privileged circle of hotels and private villas. Meanwhile, Thierry Dehove continues its wild ride through the world in search of his paradise for kitesurfers. From Brazil to Canada, Asia, the USA, it stores the images to salt spray and the force of light. No doubt in her drawers there to illustrate what a world tour in pictures. Hardworking and passionate, fueled by his experiences and solar Anguilla, Thierry Dehove refines his talent. And eventually break. In June 2010 he was selected to contest for the cover of the prestigious U.S. magazine “CONDE NAST” in 2011, it is then Carimo, MACO magazines, celebrating his talents. This year, his photos of the Eclipse, the famous yacht of Abramovich, decorate four pages of the magazine YACHT INTERNATIONAL, the glossy magazine published in Miami, OPULENCE, devotes six pages to work on the architecture and kitesurfing. Other nuggets of photographer humbly call themselves Wall Street Journal, Nik Software, or, on his island, Viceroy Hotel and Cuisin’art. We could not wish her best career start.

The story of Thierry Dehove is that these adventures successful we interact often in our islands. Change of scenery, revelations, and new opportunities are often the privilege of those who dare to pack up the conquest of new slices of life. But the career of this outstanding photographer who captures the light and contrast as can know how, is that of a man who fights every day in the throes of a disease that now affects so many of our friends and family . At 45, the image maker is more than ever convinced that he had made a fundamental choice to defeat the evil that corrodes. His reward is read in the pages of magazines and on websites where he officiates. There is no doubt that far each day as a precious gift, knowing better than anyone that the meaning of things is measured primarily with the heart. In his book “Home”, it delivers images of his paradise, his travels, his passions too. An invitation to see the world from his window, in the light of his talent. 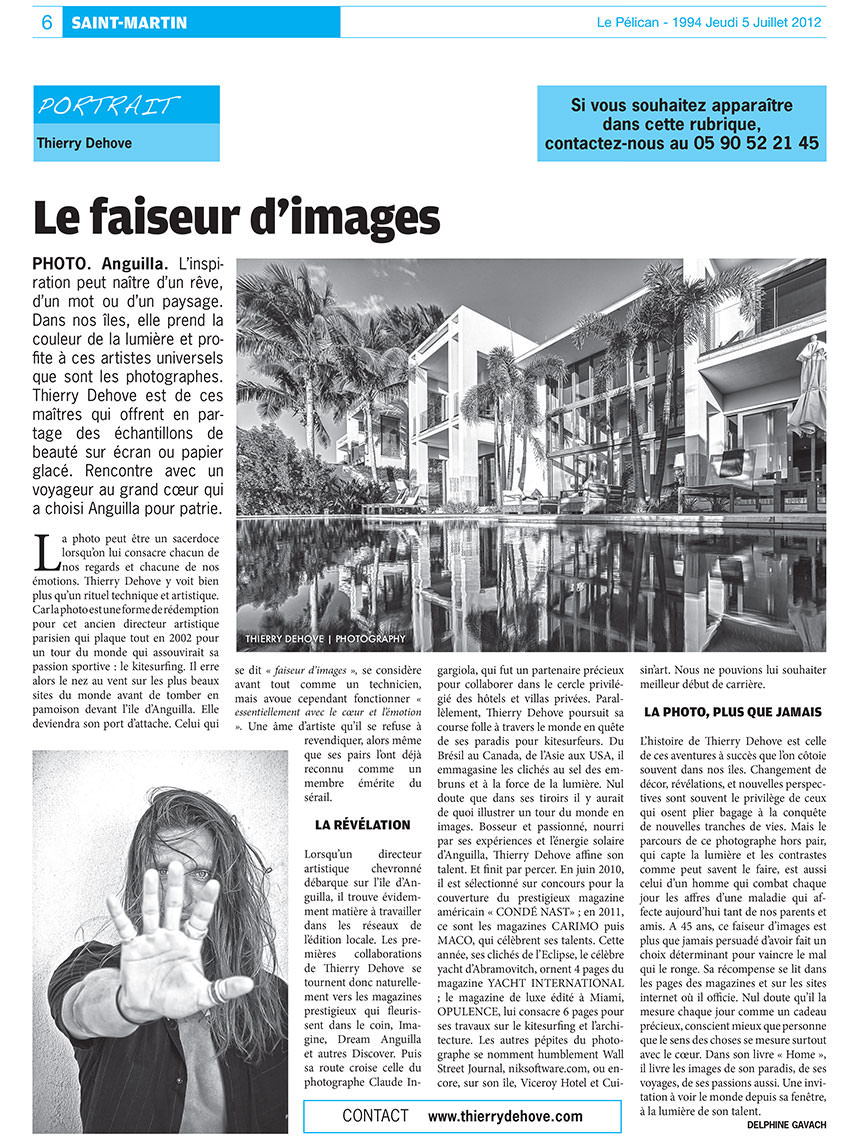 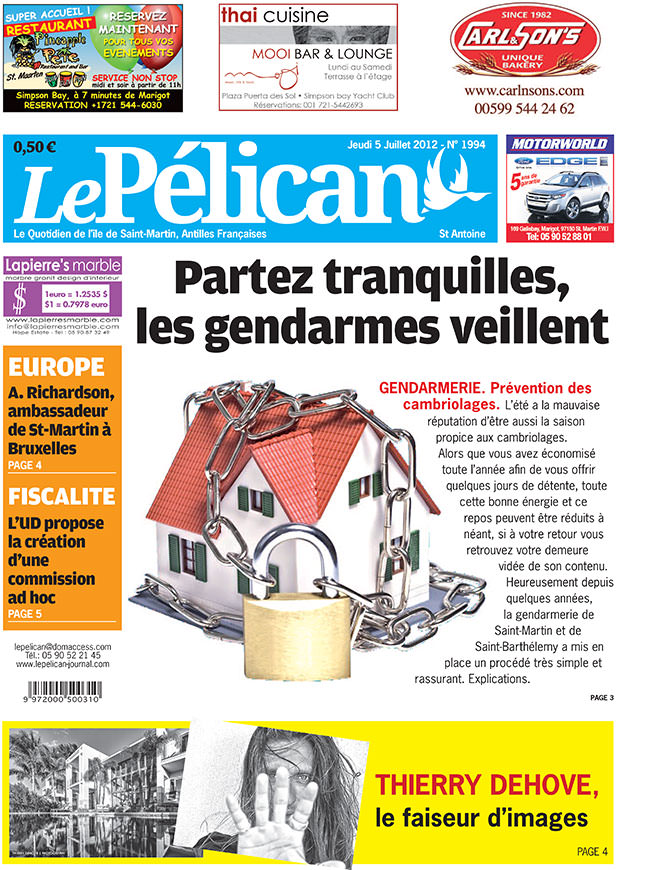