Get a lot of exposure with City Shore Magazine these last 3 months. This time is beautiful double pages featured of my book Delray je t’Aime. My first destination photography book titled “Delray Je T’Aime”. The book is a visual journey through the Village of Delray Beach Florida, showcasing its spectacular beaches, landscapes, nature, architecture and overall beauty. To get your copy NOW, click here. 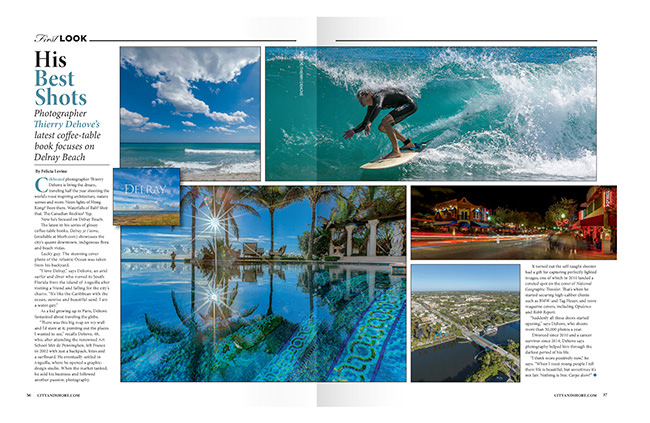 Celebrated photographer Thierry Dehove is living the dream, traveling half the year shooting the world’s most inspiring architecture, nature scenes and more. Neon lights of Hong Kong? Been there. Waterfalls of Bali? Shot that. The Canadian Rockies? Yep.

Lucky guy. The stunning cover photo of the Atlantic Ocean was taken from his backyard.

“I love Delray,” says Dehove, an avid surfer and diver who moved to South Florida from the island of Anguilla after visiting a friend and falling for the city’s charm. “It’s like the Caribbean with the ocean, sunrise and beautiful sand. I am a water guy.”

As a kid growing up in Paris, Dehove fantasized about traveling the globe.

“There was this big map on my wall and I’d stare at it, pointing out the places I wanted to see,” recalls Dehove, 48, who, after attending the renowned Art School Met de Penninghen, left France in 2002 with just a backpack, kites and a surfboard. He eventually settled in Anguilla, where he opened a graphic-design studio. When the market tanked, he sold his business and followed another passion: photography.

It turned out the self-taught shooter had a gift for capturing perfectly lighted images, one of which in 2010 landed a coveted spot on the cover of Conde Nast Traveler. That’s when he started securing high-caliber clients such as BMW and Tag Heuer; and magazine covers, including Opulence and Robb Report.

“Suddenly all these doors started opening,” says Dehove, who shoots more than 30,000 photos a year.

Divorced since 2010 and a cancer survivor since 2014, Dehove says photography helped him through the darkest period of his life.

“I think more positively now,” he says. “When I meet young people I tell them life is beautiful, but sometimes it’s not fair. Nothing is free. Carpe diem!” 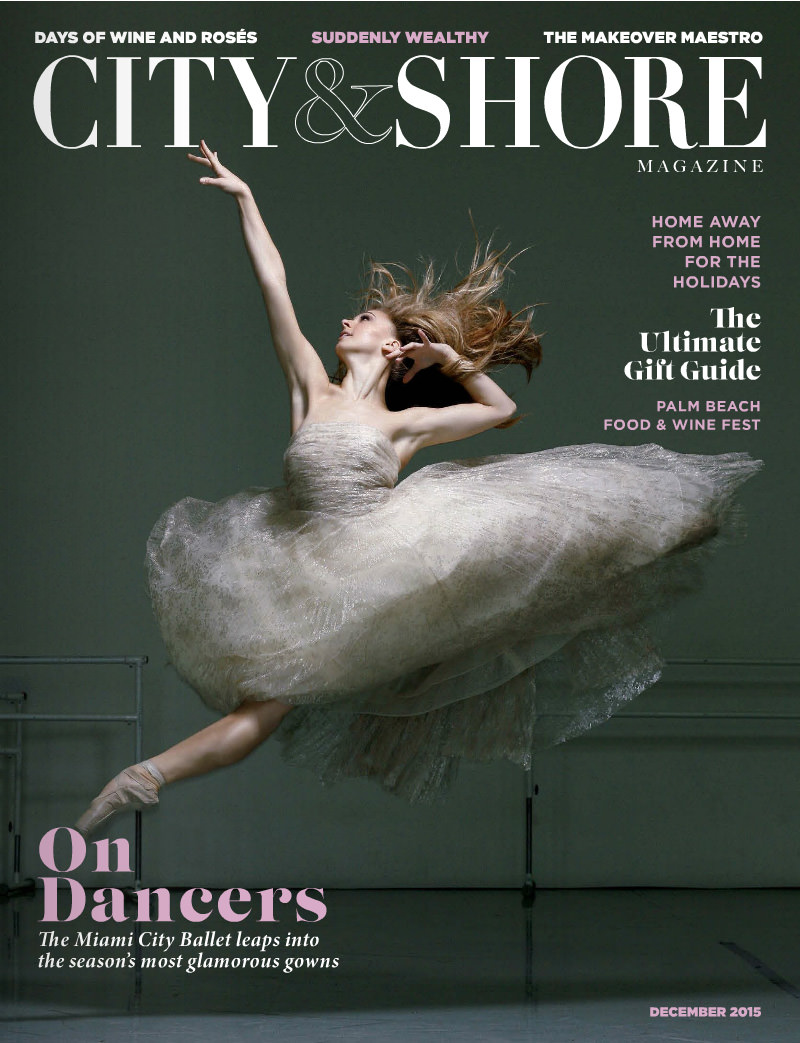